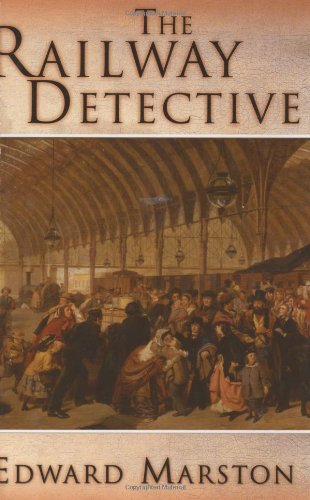 The prolific Marston (the Domesday Books series, etc.) starts yet another historical mystery series with this middling police procedural that starts well but runs out of steam. Robert Colbeck, a former attorney now serving as an inspector in the fledging Scotland Yard of 1851, investigates a daring daylight train robbery that results in the derailment of the train and the theft of gold and mail. Later, those initially suspected of having provided the inside information that enabled the scheme's startling and speedy success turn up dead, while someone begins to blackmail members of the upper-class with the stolen letters. The spirited byplay among Colbeck, his rule-bound superintendent and his sergeant recalls Peter Lovesey's superlative Sergeant Cribb novels. But while Colbeck is a bright, unconventional and imaginative sleuth, Marston's choice to unmask the crimes' prime movers halfway through and to reduce an engaging female character, the daughter of the train's driver, into a stereotypical damsel in distress ultimately disappoints. One hopes Colbeck's next exploit will offer a more suspenseful, sophisticated plot.