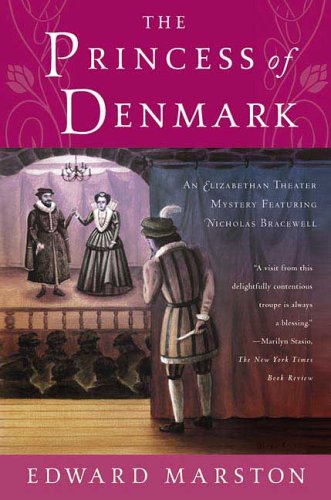 At the start of Marston's spirited 16th entry in his Elizabethan Theater series (after 2005's ), book-holder Nicholas Bracewell and the Westfield Men sail for Denmark with their twice-widowed patron, Lord Westfield, who has been enticed into marriage with Sigbrit Olsen, an alleged beauty he has seen only in a miniature painting given him by his shady business agent, Rolfe Harling. After narrow escapes from storms and pirates, Bracewell and company arrive in remote Elsinore, where Harling is murdered in the castle basement and unknown ruffians assault veteran actor Owen Elias. Bracewell's sleuthing skills again prove up to the task as he begins to suspect a ruse after Westfield's comely fiancée avoids seeing her future husband for days preceding their wedding date. A coded message found inside a chess piece adds to the suspense.