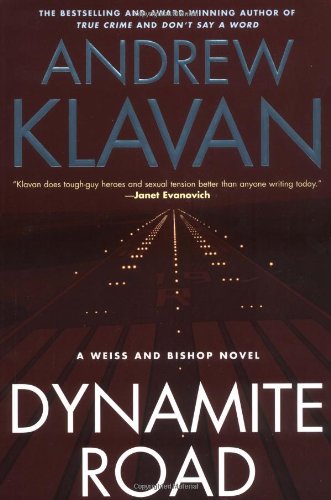 What a shrewd manipulator Klavan is. The author of and again pushes our buttons with unerring finesse. In San Francisco, there's a detective agency, Weiss Investigations, run by Scott Weiss, an ex-cop whose "deep, baggy, sympathetic eyes" have seen it all. When Weiss finds out that Bernie Hirschorn, co-owner of an aviation company several miles north, is up to his propellers in skullduggery, he dispatches one of his operatives, Jim Bishop, to find out what's up. (In one of Klavan's acerbic, cut-to-the-chase observations, Hirschorn is introduced as a VBM—Very Bad Man—with "lots of money, drug connections. A lot of dead bodies on his way to the top.") Adding to the highly charged scenario, Bishop gets involved in a steamy affair with the wife of Hirschorn's chief pilot, another rogue in a lengthy cast of villains that would do Raymond Chandler proud. Meanwhile, back at the agency, Weiss continues to nurse a crush on a mysterious beauty named Julie Angel—or is she really Julie Wyant, and did she take a header off the Bay Bridge, as rumor has it? And just who is the nefarious Shadowman (who "was real whether he was real or not"), and will he find Julie before Weiss can? Klavan's riveting blend of mystery, wiseass attitude and old-fashioned moralizing makes for a wild ride.