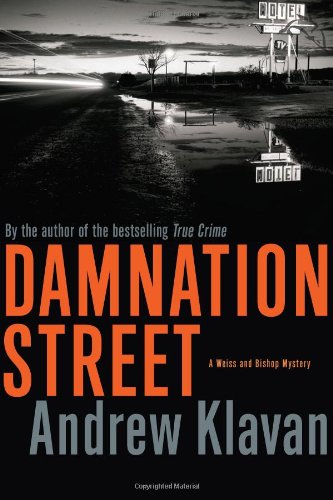 Two-time Edgar winner Klavan again puts his own quirky spin on classic noir in his slam-bang third contemporary crime thriller to feature PIs Scott Weiss and Jim Bishop (after 2004's ). Paunchy, moralistic Weiss, head of the Weiss Detective Agency in San Francisco, is still searching for bewitching prostitute Julie Wyant (aka Julie Angel), who's threatened by a relentless murderer the press has dubbed "the Shadowman." Weiss's nihilistic operative, Bishop, ignores all caution to help his boss. The terse, third-person narration occasionally switches to first person as Klavan, who claims to have worked for Weiss, inserts himself in the story, which he describes as a fictionalized memoir. While this authorial intrusion may interrupt the main action, it leads to some hilarious consequences. After drawing the reader in with a gripping plot and engrossing characters, Klavan produces a jolt at the end when he slyly reveals that... it's all fiction!