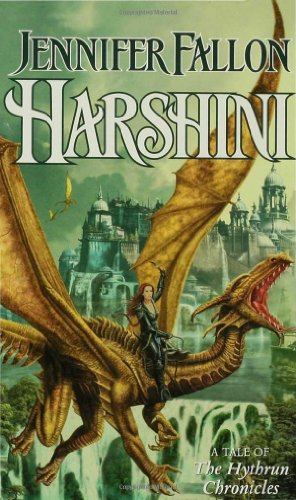 Australian author Fallon's rousing final entry in her Demon Child trilogy (after 2004's ) relies less on standard high fantasy tropes than its predecessors. Half-Harshini/half-human R'shiel is now comfortable with her destiny as the demon child, but she's still clueless about how to accomplish her mission. Nor does she completely understand her powers or how to use them. Intent on saving the gods and the demigodlike Harshini by defeating the austere god Xaphista, whose minions control the land of Medalon, R'shiel must also act as a marriage counselor to Princess Adrina of Fardohnya and Damin Wolfblade, Warlord of Krakandar, whose union she has forced for political purposes. Guided by the half-Harshini Brak, R'shiel has little time to accomplish her many tasks, since the Harshini king grows ever weaker. Once past the initial requisite précis of the past, readers will find that the pace moves briskly to the dramatic conclusion.