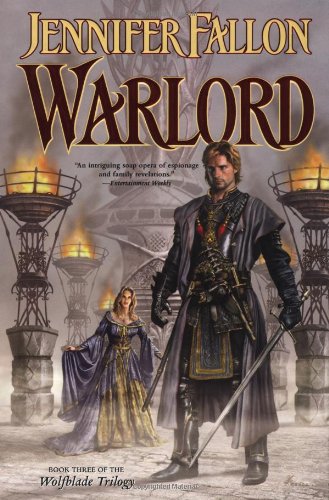 In Fallon's intricately plotted final novel in the Wolfblade trilogy (after and ), Marla Wolfblade's wily offspring take top billing. Marla has taught her large brood the cutthroat tactics it takes to keep and wield power. Now that they have reached adulthood, Marla has loosened her grip like a falconer unleashing a bird for the kill. At 25 years old, Damin Wolfblade, who has always known he would one day be Warlord of Krakendar Province, is anxious to take up his position as Warlord and heir to the Throne of Hythria. First, however, he must repel an invasion force from Fardohnya that's three times the size of any force he can muster, and he must tackle the politically turbulent problem of keeping the Warlord positions of Hythria's provinces filled with Wolfblade allies. With cold-blooded maneuverings that include murder, torture and thievery on an awe-inspiring scale, Fallon has brought this segment of the Hythrun Chronicles to a close with a grand flourish.