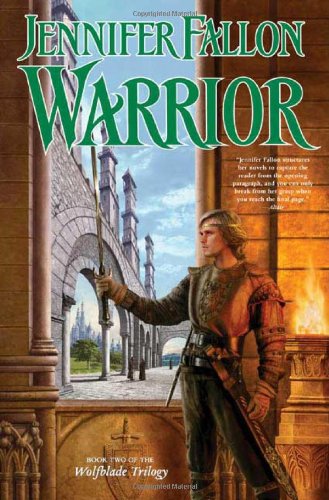 In Australian author Fallon's solid second installment of her Wolfblade fantasy trilogy (after ), Damin Wolfblade, heir to the High Throne of Hythria, learns "the Rules of Gaining and Wielding Power" from the dwarf Elezaar at the insistence of his powerful mother, Marla, High Prince Lernen's sister. The teenage Damin, along with his siblings, stepsiblings and various other young relatives, find themselves caught up in court intrigue and backstabbing schemes, not to mention an assassination plot or two. As Damin grows to manhood, he learns whom he should hold close, whom he should keep at a distance and just how much of his keen intelligence and political skills he needs to hide. Damin is indeed his mother's son. While this middle book's somewhat predictable maneuvering for position engages the reader's interest, one is left hoping the concluding volume will offer more swashbuckling action.