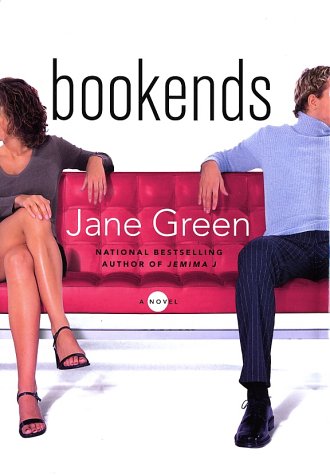 Popular British author Green ( and ) follows up her two hits with a less sparkling effort that examines the intricacies of enduring friendships. In college 10 years ago, "a small group of misfits"—dowdy Catherine, gay Simon, cute naïf Josh and his object of affection, the regally beautiful Portia—were best friends. After a messy split from Portia, the others have continued their friendship without her. While promiscuous Si and celibate Cath have lousy luck with men, Josh is happily married to earthy Lucy. The members of the tightly knit quartet commiserate about extra body weight, job dissatisfaction and the search for love, but are basically content—until Portia reenters their lives and threatens their stability. Green touts her return as almost sinister, but the forecasted tornado ends up a mere zephyr. The novel opens with a promising bang, only to peter out before fulfilling its potential. Green has a knack for creating both atmosphere and characters that ring true, but the dialogue is sometimes strangely stilted and does little to propel the oft-meandering plot. There are some bright spots, like Cath's blossoming relationship with dreamboat James, but they are too few and far between to steady the pace.