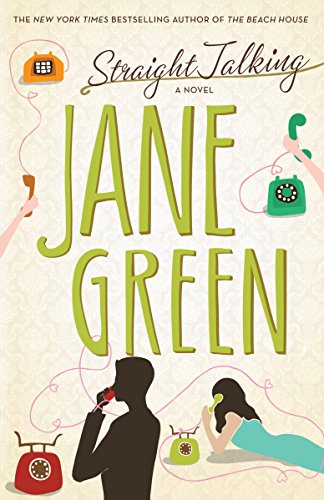 Native Brit Green (; ) had a hit in England with her first novel when it was published there in 1997; it follows the lives of four women (or "ladettes") through lunch dates, new mates and heartbreaks. Career-minded Tasha, who has clawed her way up the ladder of British television to be a producer for a popular a.m. chat-fest, narrates in a brisk, snappy monologue. Although she prides herself on her stylish clothes and glamorous job ("I'm generally thought of as strikingly attractive," she notes), what she really needs is the love of a good man. The problem? She's a sucker for rakes who make her pulse race, treat her horribly and break her heart. Smitten with commitment-phobic Simon, Tasha gets to know his best friend, Adam, to whom she turns for support when Simon calls it quits. Adam and Tasha become great friends—until he announces he loves her. "These are the words I've longed to hear. For years I've dreamed, of being in this situation, of sitting on a terrace, lit by candlelight, facing a man who I love, who tells me he love me too. But this is Adam," Tasha moans. "I love Adam but I don't want his tongue in my mouth, his hand on my breast, his body in my bed." Eventually, Tasha decides to give dating Adam a try, but her desire for passion continues to haunt her until she's forced to choose between warm stability with Adam and scorching hot sex with a handsome stranger. Though this volume has some of the familiar / spark, it's neither as charismatic nor humorous as Green's later works.