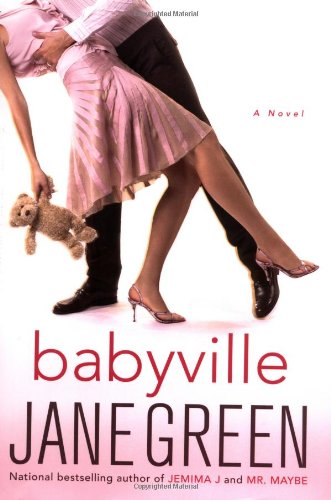 Green chronicled the London singles scene with wit and verve in and . Moving on from 20-somethings to 30-somethings, her airily absorbing new novel tracks the dilemmas of highly motivated career women faced with the dreaded baby decision. Julia, a 33-year-old TV producer, has lived with boyfriend Mark for four years, but feels that the relationship has gone stale. She decides they need a baby and becomes obsessed with getting pregnant. She tries all the pregnancy-producing tips she hears: legs in the air for five minutes after coitus, creative visualization, a fertility incantation complete with dancing around a burning candle. All to no avail. Her friend Bella visits from New York, where she is a happily single party animal, and she persuades Julia that a vacation might help. While Julia is in New York, ambitious Maeve is hired to replace her at the TV studio. She's determined to make the big time, adept enough at office politics to sleep with a power figure and definitely averse to emotional attachment. Kids are not on the agenda, but after a one-night stand she winds up pregnant—and the father is Julia's supposedly infertile boyfriend, Mark. Meanwhile, Julia's friend Sam has recently become the mother of baby George, but finds that "nothing had prepared her for the loneliness and the boredom" of having an infant. Sam suffers the familiar postpartum depression symptoms until she falls in love with the husband of a new close friend. There's enough suspense and humor to make up for some clichéd characters, and Green keeps the dialogue snappy and the pace fast.