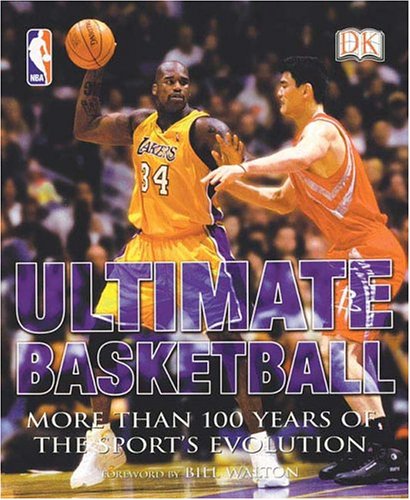 The first game of basketball, played in 1891 with wooden peach baskets nailed to the lower rail of a gymnasium balcony, lasted 30 minutes, during which time only one basket was scored. A decade later, during the aptly named Cage Era, the game closely resembled a pay-per-view wrestling match: ""'Players would be thrown against the wire... and most of us would get cut. The court was covered in blood,'"" remarked one player. As this volume illustrates, however, basketball would slowly evolve, aided by scores of innovative players and coaches, its popularity elevated by marquee teams, among the earliest of them the Harlem Globetrotters (originally named the Savoy Big Five of Chicago) and the NBA's first dynasty, the Minneapolis Lakers. Employing a magazine-like layout, with numerous images interspersed with short, easily digestible chunks of text, this book is better suited to the coffee table than the bookshelf. Fans of basketball history will find the first section an enjoyable, albeit brief, decade-by-decade overview of the game, chock-full of statistics, player and coach profiles, and synopses of some of the biggest moments in the sport's history. The ""Elements of the Game"" section, meanwhile, is a hodgepodge of basketball tidbits, covering everything from key innovations in shooting and the evolution of the game's rules to NBA collectibles and on-court dancers. Fans of the ever-loquacious Bill Walton, an analyst for ABC/ESPN and one of the game's greats, may find his foreword disappointingly brief. The volume's many photographs, however, are a treat, particularly those that capture the game in its infancy, providing a visual context out of which readers can better understand just how far the sport has come.
close
Details