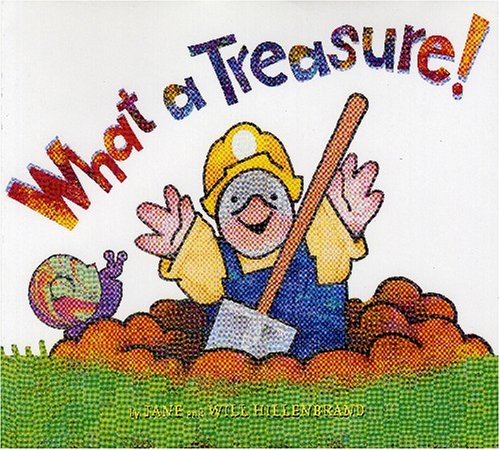 Have shovel, will dig. Such is the simplicity of young Mole's experiences in this warm look at appreciating the small, often unexpected, joys in one's life. Armed with his new shovel and a miner's lighted hardhat, Mole sets to digging for treasure. A twig, a shell and an acorn don't seem to be what he's looking for, but Bird, Snail and Squirrel, respectively, find the items, given to them by Mole, mighty useful. At last, Mole comes upon a treasure of no comparison: a friendly mole digging in the opposite direction. Jane Hillenbrand's debut picture book shines with a feel-good, spare text that goes right to the heart of universal childhood emotions. Will Hillenbrand's ( ) mixed-media artwork exudes a lighthearted tone via boldly outlined shapes and sweetly anthropomorphized characters. The varying textures and hues in his palette add depth and suffuse the proceedings with a happy glow. Ages 3-6.