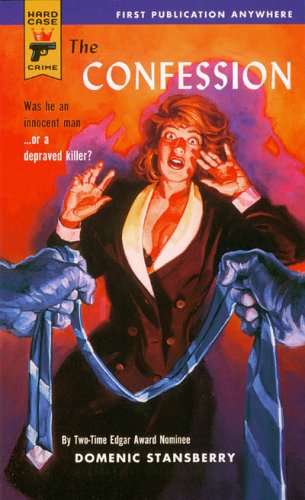 In Edgar-nominee Stansberry's compelling and incredibly dark modern noir shocker, forensic psychologist Jake Danser alternates between his day job—interviewing murder suspects then testifying to their culpability—and bedding as many women as possible without letting his beautiful wife catch on. When one of his mistresses ends up dead, the focus turns on Danser, and a weighty knot of a psychological puzzle begins to slowly unravel. Danser is a fascinating narrator because he's a shifty one, telling his story in small, measured bits ("it is true, there are a few things I haven't mentioned here about Angela and myself," he says nearly halfway into the story); the things going on in the world outside him are almost of secondary interest to what is going on inside his head. While the Hard Case series consciously strives for a pulp feel with retro artwork and packaging, the writing itself is infused with a modern sensibility—after all, Philip Marlowe never said anything like "for a minute I was a man within the void, and it was the void that imagined me." Stansberry pours on the blood and guts in places, so much so that readers may want to take a shower upon finishing, but lovers of industrial strength neo-noir will savor the book's thoroughly seamy atmosphere.