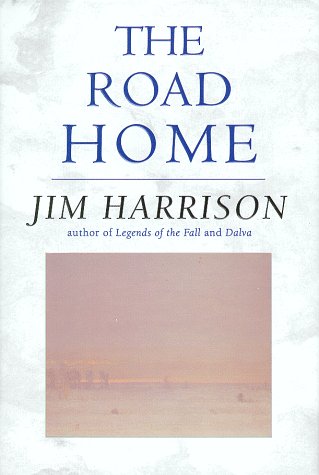 A decade after the stunning Dalva, Harrison returns to the Northridge family of Nebraska in a saga that spans three generations of stoic loss, intermittent happiness and a healing proximity to the natural world. Tough old patriarch John Northridge narrates the first and strongest section, an apologia for the life he has led, first as a youth between two cultures (he is the son of a white father and a Lakota Sioux mother), then as a sensitive art student and, for most of his life, as a formidable rancher and cattle farmer, husband, father and grandfather. Northridge's life has paralleled the development of the Great Plains, and his intimate connection with the land humanizes his often cruel behavior to his wife, who left him, and his surviving son, Paul (his favorite son, Dalva's father, was killed in the Korean war). Other narrators are nomadic Nelse, the son Dalva gave up for adoption when she was 15, who finds her when he is 30; Naomi, Dalva's mother; Paul; and the still headstrong Dalva herself. As one expects of Harrison, the characters all share an instinctive love for the their native landscape and for the horses, dogs and birds that evoke their most treasured memories. With an unforced lucidity, the novel explores the tension between the Native American and white cultures, the effects of art and poetry on one's conception of existence and the very purpose of existence viewed from ""the grace of the divinely ordinary"" life. Two miscalculations flaw the novel. One is the sameness of the narrative voice, with all the characters, male and female, speaking in the same indistinguishable Midwestern cadences. The other is that, in attempting to reflect the quality of Nebraskan life, Harrison lets his characters describe their mundane experiences in meticulous but often pedestrian detail. While he thus stitches a fabric of impressive strength and depth, the narrative sometimes becomes tedious. Yet readers who let themselves be captured by the novel's breadth--from the late 1800s to 1987--and the memorable depictions of stalwart people striving to understand their destinies, will be rewarded by a deep and nourishing story. (Oct.)
close
Details