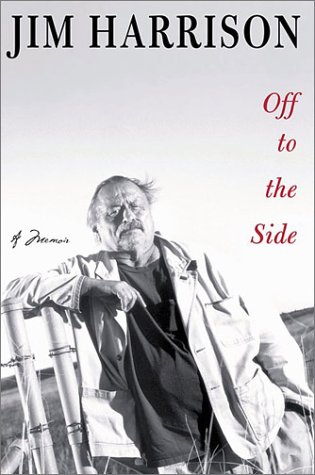 OFF TO THE SIDE: A Memoir

"I'm not sure I'm particularly well equipped to tell the truth," writes Harrison. But with such a colorful life, there's not much need to tell lies. Bus boy, gardener, gourmand, novelist, screenwriter, drunkard—Harrison has done it all. Now add successful memoirist to that list. After a rugged outdoor childhood in Michigan, where an accident left him blind in one eye, Harrison moved to New York with vague ambitions to be a poet. Denise Levertov soon recognized his talent and launched Harrison on a literary career that eventually included teaching at SUNY Stony Brook, writing for and , authoring several popular novels (; ) and writing Hollywood screenplays. Throughout, Harrison befriended an impressive gang of fellow free spirits: Jack Nicholson, Jimmy Buffett, Tom McGuane, among others. He swingingly recounts trout fishing with Richard Brautigan, bingeing with Orson Welles, arguing gay poetry with W.H. Auden and drinking with just about everybody. Alcoholism, Harrison writes, was his constant enemy, the writer's "black lung disease," as his friend McGuane once said. But he had other vices, too: strippers, cocaine, hunting, long walks in the woods by himself—all of which fed into Harrison's characteristic mix of freewheeling boho sensibilities and earthy western melancholy. A man as willing to shoot a grouse as trip on psychedelics—he claims to annually experience God-like visions and swears that he was once transformed into a wolf—Harrison is never less than intriguing. This fine memoir is a worthy capstone to a fascinating career.