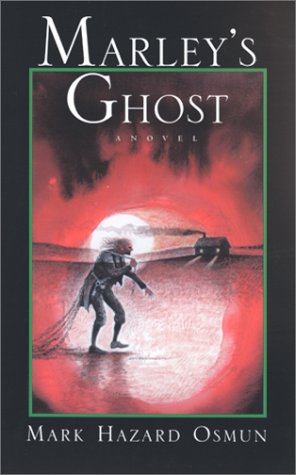 ""I wear the chain I forged in life,"" Jacob Marley says in Dickens's A Christmas Carol. In this moving, cleverly imagined life of Scrooge's late partner, Osman reveals precisely how that chain was forged. Jacob Marley, born Jacob Turner, lives in bourgeois comfort with his handicapped twin brother, Ezra, until the age of nine, when their father, a small farmer threatened with debtor's prison, shoots himself. Soon afterwards, their mother dies, and the boys end up slaving in a coal mine called Elizabeth's Furnace. At 13, Jacob is framed for the murder of the odious mine foreman. Thrown into prison, he is finally rescued seven years later, in 1796, by cardsharp Bill Worthy. A paradoxical figure, Worthy is a scoundrel with a heart of gold, who takes Jacob under his wing and gives him his new name. The two become partners and gradually turn their illicit dealings into a legitimate, successful business. Since guilt-ridden Marley believes Ezra died without his protection, his capacity for affection withers. Only one person elicits some kindness from him--his clerk, the young Ebenezer Scrooge. Unfortunately, Scrooge's own emotional life is desiccated both by his association with Marley and the death during childbirth of his beloved sister, Fan. It is after Marley dies that the story as Dickens's readers know it begins to reveal itself. Marley is approached by Lucifer and given a chance to help one mortal. At the same time, he discovers that his beloved brother is still alive. He makes his difficult choice when he realizes that Scrooge needs his message of salvation more than Ezra does. Osmun's para-Dickensian tale is a solid piece of historical imagining, accurately reflecting the social and economic conditions of England in the 1800s. The noted artist Wendell Minor has designed the jacket for this promising debut. (Sept.) FYI: A percentage of the proceeds from this book will be contributed to the Holiday Season of Conscience, a program aimed at eliminating child labor abuses worldwide.
close
Details