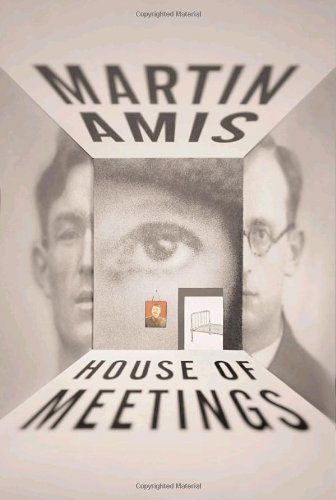 A unnamed former gulag inmate in Amis's disappointing latest is now a rich, 84-year-old expatriate Russian taking a tour of the former gulags in 2004. The narrator chronicles his current and past experiences in a book-length letter to his American "stepdaughter," Venus. Wry remarks on contemporary Russia and the U.S. run up against gulag reminiscences, which tell of the years 1948 through 1956, when the narrator and his brother Lev suffered in the Norlag concentration camp. The letter contains another letter, from the dying Lev, dated 1982, which was the year Lev's son Artem died in Afghanistan. Lev's first wife—and the narrator's first love—was Zoya, a Jewish Russian beauty who by 1982 was an alcoholic married to a Soviet apparatchik. The narrator's own feeling of debasement, when, after Lev's death, he finally meets Zoya again in Norlag's conjugal cabin (the House of Meetings), is complicated to the point of impaction. Amis's trademark riffs are all too muffled in his obvious research. And Venus, the narrator's supposedly beloved stepdaughter, is such a negative space filled with trite clichés about affluent young Americans, and such irritating second guesses about her reactions, that it lends a distinctly bullying tone to the book.