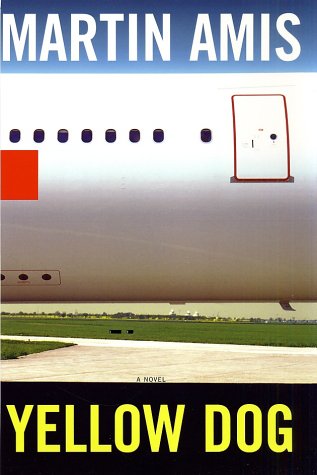 In this much-anticipated 10th novel—which has already fomented a furor in Britain—the prose is brilliant and often hilarious, and the insights into contemporary culture are disturbingly prescient. But the book's many successes cannot hide its fundamental flaw: an overly complex and needlessly opaque narrative structure. The wildly plotted novel begins when modern "Renaissance man" (actor/writer) Xan Meo is viciously assaulted; his head injury changes this "dream husband" into an oversexed, sadistic lout, ultimately forcing his wife to cast him out. But the attack isn't an act of random violence. As one of his assailants, Mal, cryptically puts it, "You went and him... ." From this enigmatic opening, Amis weaves a complex tapestry of narrative threads: Xan Meo is trying to recover his lost personality and his family's loving embrace; teenage Princess Victoria—a future queen of England—is being blackmailed with a video of her in the bath; tabloid journalist Clint Smoker—emasculated by a laughably small penis—extracts his revenge by being relentlessly misogynistic in print. Meanwhile, the recidivist, violent criminal Joseph Andrews—now a pornography impresario in Los Angeles—is plotting a way to return to England to die. Making these intersecting narratives cohere would be a challenge for any writer, but Amis reaches even further with a backdrop of apocalyptic violence (a transatlantic flight that's doomed to crash, a meteor that might hit the planet). That background clouds his core themes, which are more than dramatic enough to be compelling: violence and its intimate connections to sex and gender, the "obscenification" of everyday life and the 21st-century preoccupation with fame. (A typical Amis aperçu: "Fame had so democratised itself that obscurity was felt as a deprivation or even a punishment.") Thanks to Amis's pitch-perfect dialogue, his I-can't-believe-he-wrote-that humor and his perceptive critique of contemporary morals, this is still a novel of many pleasures—and still a novel to be reckoned with.