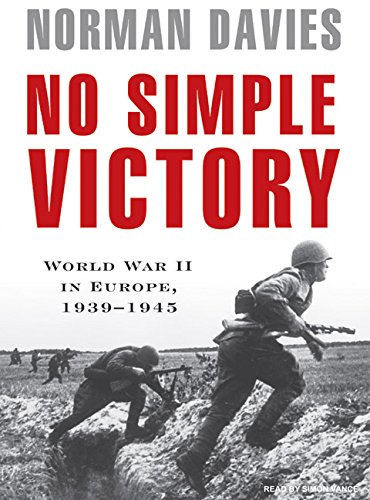 Davies's latest book about the Second World War is an extended argument that most Americans and Europeans—even well-educated ones—have failed to grasp even the most basic facts about the single largest event of the 20th century. His polemic is laid out slowly and carefully, beginning with the mistakes (the American WWII memorial lists the years of the war as 1941–1945) and proceeding from there. Such a book requires a reader who can hold listeners' attention for long stretches of facts and figures, and Vance is just the man. He sounds like a narrator for a History Channel documentary, and considering the topic, this is perfect for Davies's book. Vance makes Davies's work not another rehashing of familiar material, but a riveting, sustained performance.