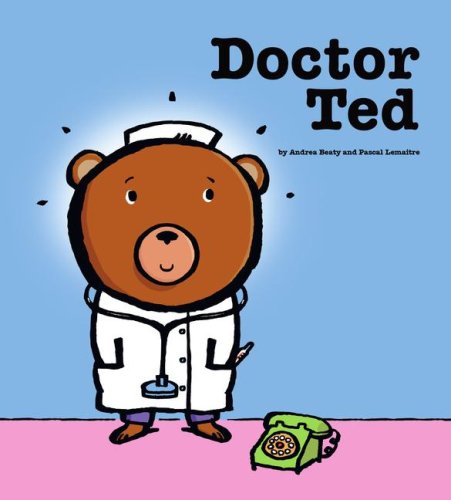 Doctor Ted is guilty of major medical malpractice. He diagnoses his mother with measles (“Those are my freckles,” she insists, unamused) and recommends an operation. He detects gingivitis in his principal and prescribes a full-body cast (he later follows up with an offer to “do something about that foot odor”). It's unlikely, however, that readers will want to revoke Doctor Ted's license—he is, after all, an earnest bear cub, and his unwavering self-assurance in the face of adult certitude is too much fun. Beaty ( ) and Lemaitre ( ), working in much the same vein as Alexander Stadler (the Beverly Billingsly books), concoct a breezy story about pretend play that's laugh-out-loud funny. The prose is snappy but sympathetic to the outsize ambitions of its hero, while the pictures' chunky ink lines and almost neonlike digital colors give every page plenty of punch. Ages 4-8.