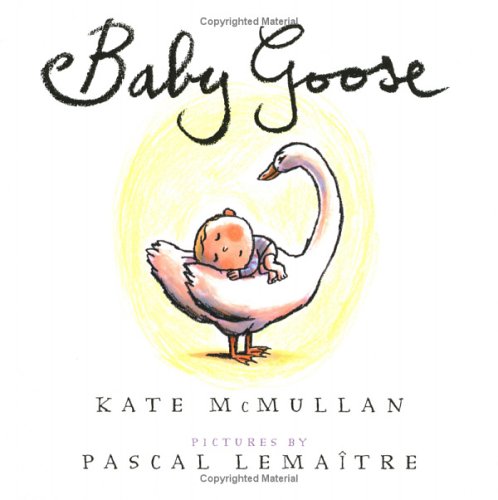 This Mother Goose collection answers the burning question: Just how cute would it be if 27 nursery rhymes became completely baby-centric? Loosely sorting the verse into four sections that correspond to the arc of a baby's day, McMullan ( ) takes certain liberties with the verse as she casts infants in the title roles. For "Oh, the Grand Old Duke of York," she installs "the Baby Duke of York" to command 10,000 men. The three men in a tub are similarly deposed, as "Baby Splasher, Baby Slosher/ Baby Soapy Face Washer" replace the butcher, baker and candlestick-maker. While there's no denying that the target audience is notorious for its egocentrism, the rhymes rarely gain anything in this translation: "Twinkle, Twinkle Little Star" is no more meaningful when the second line reads, "Babies wonder what you are." And often, something feels lost—those references to enchanted places, odd people and long ago times that give nursery rhymes their magic. But the results never turns twee, thanks to the irresistible, round-headed charms of Lemaître's (who collaborated with McMullan for ) diapered cast. Precociously dramatic, the babies scamper about the pages on chubby little legs, gleefully running with the hounds on "Hark, Hark, the Dogs Do Bark," and riding a cockhorse to Banbury Cross. Ages 6 mos.-3 yrs.