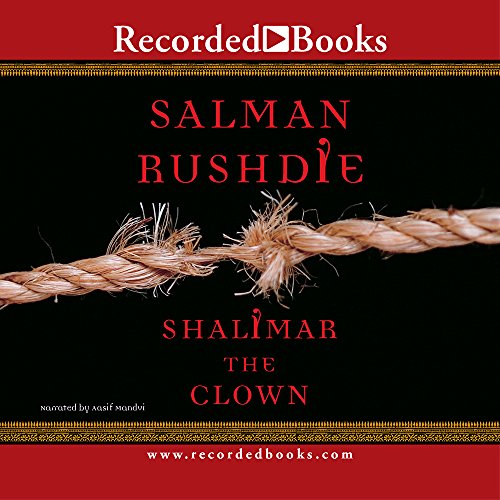 For Westerners, Rushdie's latest may be better heard than read. While readers might stumble over the Kashmiri, Indian and Pakistani names and accents, Mandvi glides right through them, allowing us to engage with Rushdie's well-wrought characters and sagas. Mandvi has a calm, quiet storyteller voice, often employing tempo to express emotional states and to make long, complex sentences entirely clear. In fact, one realizes he is nearly invisible (until he reads a few lines in a Romance language), leaving us to relish the sounds and images and rhythms of Rushdie's language. The book begins at the end, with the murder of the former American ambassador to India, Maximilian Ophuls, now a counterterrorist expert, then introduces his murderer, Shalimar the Clown, Kashmiri actor and acrobat-cum-terrorist, and Ophuls's illegitimate daughter, India, who brings the book to a conclusion as terror-filled and ambiguous as our own future. Suspense and tension are superbly built and layered through mythology and plots of lust and jealousy intertwined with cultural, religious, national and international affairs. Rushdie does get polemical for a while, even didactic; his writing in these sections sometimes sounds speechifying. Yet we come away with a mostly lyrical parable that offers us a way of grappling with the realities of our time and place, a way of refracting history through multiple lenses.