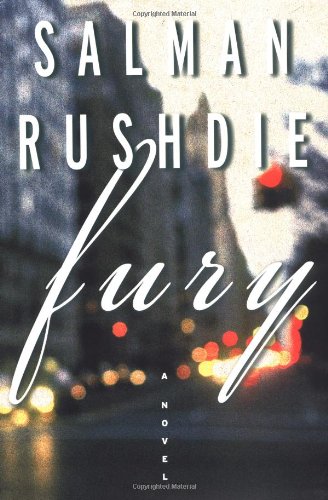 The sea change has invigorated Rushdie. His new novel is very much an American book, a bitingly satiric, often wildly farcical picture of American society in the first years of the 21st century. The twice transplanted protagonist (Bombay born, Cambridge educated, now Manhattan resident) Prof. Malik Solanka is an unimaginably wealthy man, transformed from a philosophy professor into a BBC-TV star, then into the inventor of a wildly popular doll called Little Brain. Compelled to relinquish control of the doll when it metamorphoses into an industry, the furious Solanka flees London for an apartment on Manhattan's Upper West Side. His prose crackling with irony, Rushdie catches roiling undercurrents of incivility and inchoate anger: in cab drivers, moviegoers and sidewalk pedestrians; in ethnic antagonisms; in political confrontations; and in Solly himself, as he tries to surmount his guilt over having abandoned a loving wife and three-year-old son in England, and as he becomes involved with two new women. Rushdie's brilliantly observant portrait of "this money-mad burg" is mercilessly au courant, with references to George Gush and Al Bore, to Elian and Tony Soprano, and to "shawls made from the chin fluff of extinct mountain goats." The action is helter-skelter fast and refreshingly concise; this is a slender book for Rushdie, and his relatively narrow focus results in a crisper narrative; there are fewer puns and a deeper emotional involvement with his characters. Still, his tendency to go over the top leads to some incredulity for the reader; it's a bit much that short, unprepossessing Solly is a magnet for gorgeous, articulate women, who all tend to speak in the same didactic monologues. On the whole, however, readers will nod in acknowledgement of Rushdie's recognition that "the whole world was burning on a shorter fuse." Rushdie remains a master of satire that rings true with unsettling acuity and dark, comedic brilliance.