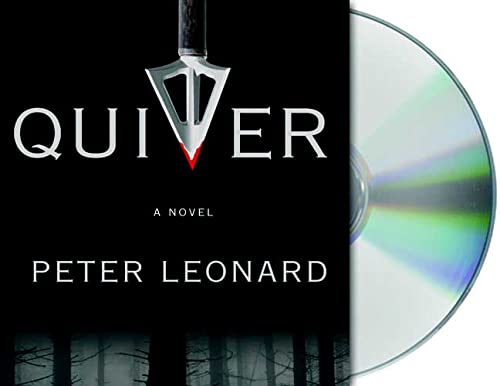 Leonard begins his short debut novel with several disparate sequences that, being exposition, don't give reader Scott Sowers much to work with. A new widow recalls telling her husband of her violent escape from eastern Guatemala. A convict gets an early release from an Arizona prison. The widow's memory shifts to her son accidentally killing his father with a bow and arrow. Three sociopaths engage in various criminal activities. Not only are these story shards confusing, the characters are not very engaging, the one exception being a jive-talking, ultra-cool villain named Dejuan, whom Sowers smartly mines for all his much-needed sinister dark humor. Eventually the elements coalesce into a tense kidnap thriller that Sowers delivers with effective energy and pacing. The package includes a conversation between the author and his father, Elmore Leonard, who discusses his famous “10 Rules of Good Writing.” Peter should have paid more attention to the one about leaving out the parts that readers tend to skip.