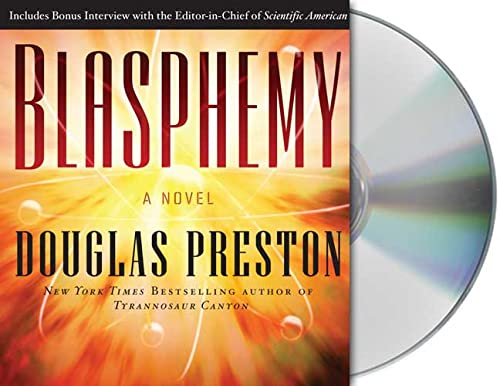 Two wise decisions move this thriller up from the ranks of the ordinary: Scott Sowers's reading and a bonus interview with Preston by the editor-in-chief of . Sowers, who has read Preston's work in the past with impressive results, adds a needed degree of calm and charm to this tangled tale of a giant superconducting supercollider particle accelerator called Isabella, located inside a 500-acre mesa on a Navajo reservation. Sowers gives all the characters instant credibility, from the physicist who created Isabella, to the ex-CIA man sent by the president to see what's taking so long, and especially a powerful televangelist who sees the project as blasphemy. In the interview, Preston admits he got the idea from the late L. Ron Hubbard. Sowers and Preston make this confrontation between religion and science surprisingly smart and new.