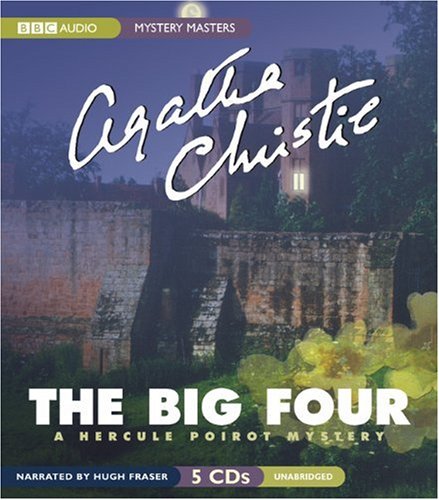 One of mystery fiction's most beloved heroes, Hercule Poirot, is brought vividly to life in this delightful audio production. Originally published in 1927, this outing thrusts Poirot into one of Christie's most outlandish and melodramatic adventures. It finds her Belgian detective pitted against an international quartet of criminal masterminds bent on world domination. Narrator Fraser is no stranger to Poirot's world, having played the detective's faithful companion, Captain Hastings, in several made-for-TV movies. A gifted reader, he obviously enjoys interpreting this material, and he perfectly captures each of Christie's diverse characters, shifting flawlessly from one to the other. But it is in his portrayal of Poirot that Fraser shines. With a well-tuned accent, Fraser brings out the full range of Christie's eccentric detective. This mystery may not be Christie's best, but with its over-the-top premise and international cast of villains, portrayed with relish by Fraser, it is certainly one of her most entertaining.