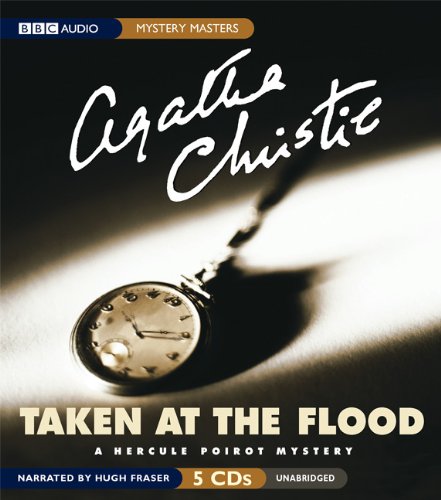 Taken at the Flood

Hercule Poirot fans will be pleased to hear Hugh Fraser, who plays Captain Hastings on PBS's and A&E's , recount Christie's intriguing 1948 novel (published in the U.S. as ). The celebrated Belgian sleuth visits the sleepy English village of Warmsley Vale to check into the background of Gordon Cloade, supposedly a victim of the London Blitz. He had wed an attractive young widow, the former Mrs. Underhay, now the sole possessor of the Cloade family fortune. The deceased's sister-in-law told Poirot that "spirits" informed her that the widow's first husband is still among the living, raising suspicions about Cloade's demise. Fraser's tone at once reassures listeners that, just as on television, they are in capable hands. He does a fine job creating a variety of character voices, distinguishing one from another with clarity but without excessive flamboyance. The release of any Christie is an event, and it does not taken an abundance of "little gray cells" to deduce that this audio will be well-received.