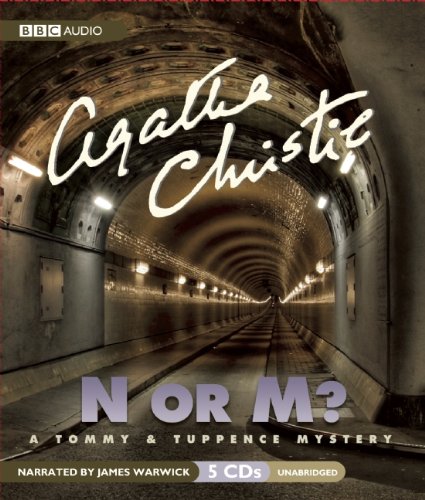 James Warwick delivers a virtuoso performance in this rendition of Agatha Christie's spy thriller. As WWII spreads across Europe, Tommy and Tuppence Beresford, former British Intelligence agents and a married couple, are enlisted to uncover Nazi spies at Sans Souci, a hotel in Leahampton. Taking on assumed identities, Tommy and Tuppence arrive at Sans Souci, where they must search for the German agents—known only as N and M—navigate a hotel full of suspicious guests, preserve their secret identities, and, above all else, defend national security. Warwick's portrayals of Tommy and Tuppence are spot-on, as is his evocation of life in a small English hotel in 1940s England. As the story unfolds and each new character—male, female, English, German, adult and child alike—is introduced, Warwick outdoes himself, producing one unique voice after another in an energetic and fully committed performance. A must for Christie fans and devotees of spy stories and cozy mysteries.