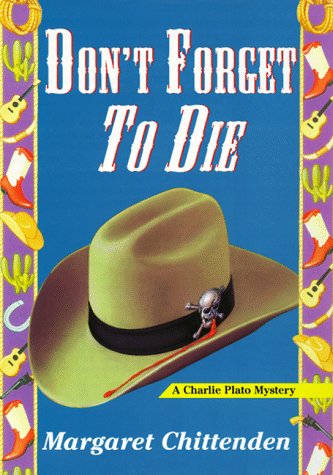 Charlie Plato, part-owner of CHAPS, a western bar and dance hall outside San Francisco, engages in an affable fourth outing (following Dead Beat and Deadly). Charlie's business partner, tight-lipped Angel Cervantes, has always thought that his father, Vic, killed his mother before running off with another woman many years ago. When Vic's body is found in a storage locker, Angel and his brother, Miguel, become prime suspects--and it doesn't help that Miguel once vowed to kill Vic to avenge their mother's death. Angel says they didn't do it, however, and asks Charlie and Zack Hunter, a CHAPS senior partner and former TV star, to investigate the murder on the siblings' behalf. At Vic's wake, the two sleuths meet Roxy, the girl Vic ran away with, and Hank, her sleazy brother. Roxy claims she and Vic were a loving, committed couple, even though he had recently left her for a younger woman. Vic wasn't as loved by his boss, the contractor in whose locker the corpse was found. As she pieces together the deceased's life, Charlie gets threatening e-mail messages and is ambushed with rocks while driving. These mishaps only convince the indefatigably upbeat heroine that she and Zack are on the killer's trail. Meanwhile, the duo's on-again/off-again relationship heats up, despite Charlie's assurances that she's over Zack. The ongoing flirtation is lightly enjoyable, and though Chittenden's breezy prose prevents the buildup of any serious suspense, series fans will find the novel an amenable romp. (July)
close
Details