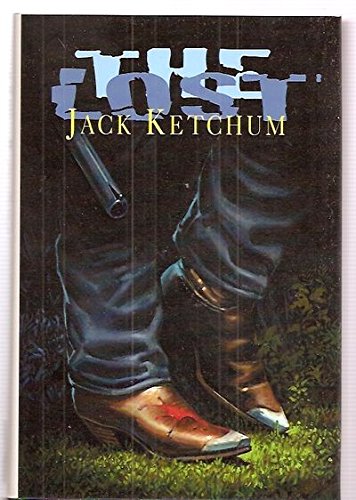 This prose equivalent of an X-rated slasher flick is the sort of nasty book that gives horror a bad name—which is a pity, since Ketchum (the pseudonym of Dallas Mayr) writes with genuine skill; he knows precisely what he wants and can manipulate his readers as easily as he does his characters. Ketchum's 1996 novel, , gained him deserved fame and notoriety. Its subtext of inhumanity on a larger, national scale beyond that of the novel's punk protagonists was felt, and gave an unpleasant story a special significance. In subsequent books, such as 1999's , the subtext has all but vanished, while the violence level has gone way up. Take the prologue to the present novel. In June 1965, in the northwest New Jersey lakes area, sick teenager Ray Pye satisfies his need for a new thrill by shooting two young women campers because they appear to be "lesbos." ("The one still standing had given him a clean head-shot and he'd taken her out with a single shot to the eye.") The police suspect Ray committed the crime, leaving one victim dead and the other on life support, but can't prove his guilt. Retribution comes four years later. After a mélange of sex, drugs, foul language and every cliché associated with human weakness as well as the Vietnam War era, a host of relentlessly wafer-thin characters die in a climactic maelstrom of blood. Ketchum pulls in the Manson-Tate murders in an attempt at relevance, allowing one of the more sensitive characters to muse, "basically, the world sucked." That's about as deep as this book gets.