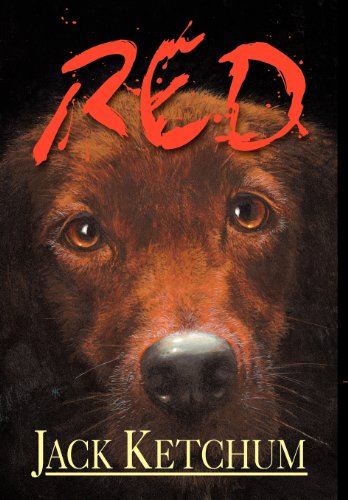 Hints of class warfare and generational conflict add layers of interest to this otherwise formulaic tale of a heartless crime redressed in blood. The victim is Red, a harmless mutt whom a trio of shotgun-toting juvenile delinquents shoot for spite during an attempted robbery. The avenger is Red's owner, Avery Allan Ludlow, a crusty down-Mainer who can't understand the insensitivity of his dog's killers. Avery's efforts to extract a simple apology from the boys get support from the town sheriff, the district attorney and even a local television reporter, but fall apart for lack of evidence. A direct appeal to the father of two of the boys, nouveau riche real estate developer Michael McCormack, only earns Avery a burned-down store and tense confrontations with the family. When the hitherto peaceable man begins stalking the boys to intimidate them into a confession, the stage seems set for a hardboiled variation on the theme of von Kleist's classic tale, "Michael Kohlhaas." But the novel's roots are anchored in the crime potboiler tradition, and the acorn doesn't fall far from the tree. Though its characters talk about people not being what they seem, everyone but Avery proves transparently one-dimensional. The plot advances predictably, ominously hinting at but never elaborating dark deeds by the McCormack clan. Ketchum () (a pseudonym for Dallas Mayr) succeeds in inspiring the reader with righteous rage at Avery's plight for the story's duration, but some readers may find the providential justice in the novel's appropriately violent finale to simply be the cap for a shaggy dog story.