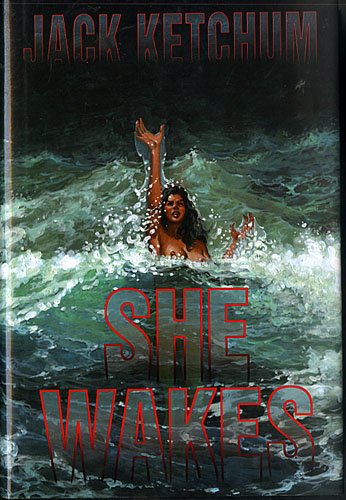 Stoker-winner Ketchum isn't known for novels dealing with the supernatural, but in this revised edition of a 1989 paperback, he demonstrates that this has nothing to do with lack of ability. Ketchum does here for Greece what Lovecraft did for New England and Stoker did for Transylvania, creating a landscape imbued with a numinous quality that's simultaneously beautiful and terrible. Jordan Chase owes his success as a businessman to his sensitivity to ancient sacred places. When he visits the tomb of Agamemnon, he experiences a prophetic vision. Simultaneously, an attractive but disturbed woman, Lelia, begins to insinuate herself into the lives of a group of tourists. At first her presence is merely disruptive, but it later becomes destructive. Unknown perhaps even to herself, Lelia has tapped into the mystical energy of Greece and has become an avatar of the goddess known variously as Selene, Artemis—and Hecate. When she dies accidentally, her full potential is unleashed as she strides forth, resurrected and transformed. Ketchum reveals a real understanding of the mysteries of Greek mythology, including the bloodthirstiness that Bullfinch underplayed, and he builds to a climax that's both logical and exciting. Fans of contemporary horror and of the classic supernatural novel will be pleased.