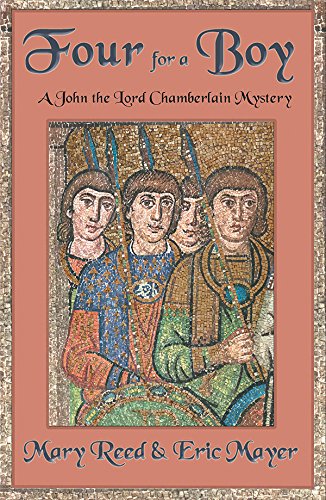 FOUR FOR A BOY: A John the Eunuch Mystery

In this captivating prequel set in sixth-century Constantinople, the fourth in Reed and Mayer's well-received historical series (, etc.), the future emperor Justinian asks a young slave named John the Eunuch to investigate the murder of philanthropist Hypatius, struck down while examining the controversial Christ statue he and three others have given to the city's Great Church. Discounting rumors of a political plot, John undertakes a search for the truth that will lead him from opulent palace to squalid hospice, and to meetings with such memorable characters as the naïve Lady Anna and the quirky Avis, who lives in a virtual aviary and is convinced he will fly someday. Written with humor and pathos, this superior historical is sure to please existing fans and send new ones in search of the rest of the series.