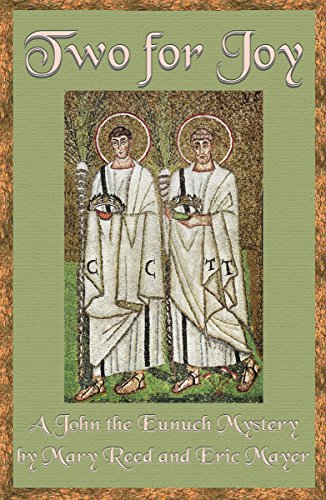 This sequel to One for Sorrow continues the sixth-century adventures of John the Eunuch in the bustling, intrigue-filled city of Constantinople. The authors successfully create a setting in which Christianity, now the dominant religion under Emperor Justinian, is not only challenged by other beliefs but contested from within by competing factions. John, a former student and slave risen to the lofty but precarious position of Lord Chamberlain, is at storm center. First, Justinian charges him with investigating the fiery deaths of several ""stylites""Dholy men who live alone atop pillars. Three of the stylites appear to have burst into consuming flames. John is sent along with his friend, Senator Flavius Aurelius, to meet with Michael, a prophet proclaiming a ""quaternity"" rather than a trinity of Christian godhood. Michael, who's attracting a growing following, claims to have foretold the stylites' deaths. It's punnish but apt to describe the plot as byzantine. Competition between rival chariot teams threatens to erupt into riots. Michael and his movement could prove a danger to the empire. The whims of Theodora, Justinian's powerful and ruthless wife, threaten more disruptions. The murder of a friend, imprisonment of another and the machinations of Justinian, Theodora and Michael combine to test John's ingenuity and resolve to the utmost. Fascinating historical details help compensate for an overly complex and sprawling story line, but the relative ignorance within the general mystery readership about this historical period could limit sales. (Dec. 7)
close
Details