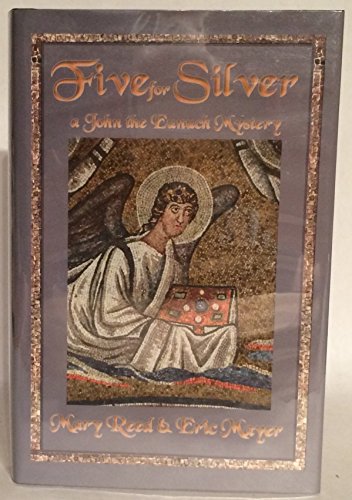 Reed and Mayer surpass last year's fine with this superb fifth entry in their series to feature smart, determined and credibly human sleuth John the Eunuch, Lord Chamberlain to the Emperor Justinian. In the year 542, in the plague-stricken city of Constantinople, John's aged servant, Peter, has an angelic vision telling him that Gregory, a close friend from his army days, has been murdered. Distraught, Peter asks John to find the killer. Verifying that Gregory has indeed been stabbed to death, John proceeds to interview everyone who may be connected to the crime from lawyers to doctors, from prostitutes to a holy fool who dances with the dead in the streets, perhaps the most striking of several memorable supporting characters. Peter's falling ill and the return home of John's daughter complicate a riveting plot that never dips into melodrama. Not just a chilling backdrop, the plague that runs rampant through the city, afflicting rich and poor alike, is linked to the murder. The conflict between Christians and pagans adds further weight to this sterling historical page-turner.