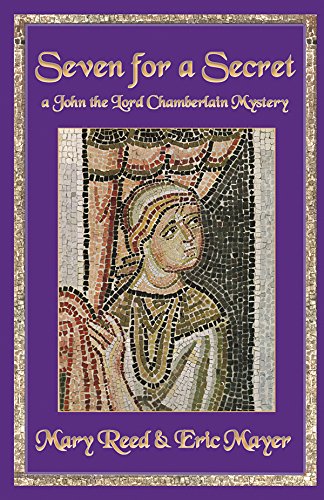 In Reed and Mayer’s engrossing seventh mystery set in sixth-century Constantinople (after 2005’s ), John, lord chamberlain to the emperor Justinian, has taken to sharing his thoughts with a young girl, whom he’s named Zoe, depicted in the mosaic on his study wall. One day John meets a woman on the street who identifies herself as Zoe and claims to be the model for the child in the mosaic. Who could have revealed his secret confessor? John wonders. When John finds this mysterious woman brutally beaten to death in a cistern, he begins a dangerous investigation that will take him into the lives of prostitutes, artisans, beggars and religious fanatics. Once again convincing historical detail and strong characterization help drive a riveting plot. Fans will be pleased to know that while the title is based on the last line of the verse on which the series is based, the authors plan to send John to Italy in an eighth volume.