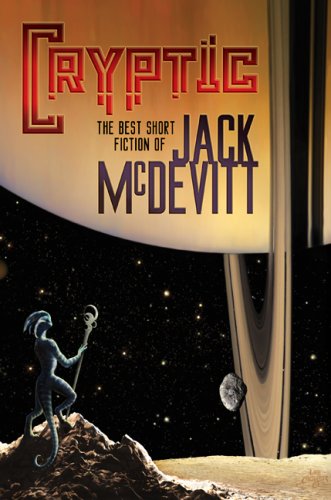 This career-spanning collection of 38 stories offers perspectives on various aspects of history, whether actual (“Time Travellers Never Die”), alternate (“The Tomb”) or conjectured (“Ignition”). Character actions grow out of remembered or recovered stories (“To Hell with the Stars”), while AIs are programmed to emulate St. Augustine (“Gus”) and George Washington (“The Candidate”). The hard SF shell of McDevitt's work often contains a romantic core, where a skeptical faith sustains and motivates his protagonists to struggle on (“Indomitable,” “Never Despair”). Never predictable in outcome, conflicts are resolved by a well-formed argument that enables the well-aimed blaster (“Kaminsky at War”). McDevitt's fondness for ideas such as idealism's triumph over pragmatism is a little too apparent in this single-volume setting, but his strong, clear voice easily sustains each individual story.