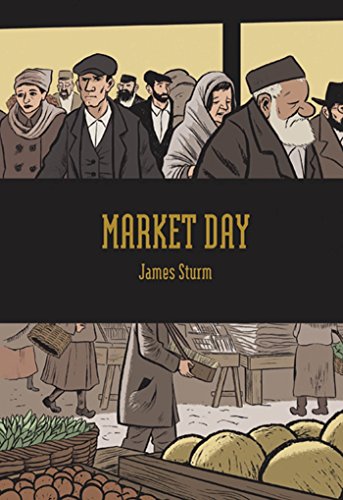 Cartoonist and educator Sturm turns in a tightly woven graphic novella about a shtetl craftsman whose life and livelihood shatter against the rising industrial behemoth of the early 20th century. Mendleman is a nervous rug weaver with a child on the way. His devotion to his craft brings him to the brink of art, but when he suddenly loses his major client to modernization, he finds himself, effectively, patronless. Suddenly a castaway amid economic forces that render his virtues meaningless, he collapses as his previously unnamable anxieties find specific and destructive form. Sturm's tale comprises a day's cycle, and the magnitude of Mendleman's radical descent must sometimes be stated or inferred. But most of the book's important details are effectively portrayed as part of the quotidian warp and woof of life's patterns and relationships. Sturm has infused his reliably disciplined storytelling style with slow pacing and spare graphics, but some bravura sequences give the story impact. Although the details of rural Eastern European Jewish life at the turn of the century ring true, the book is less rooted in a specifically explicated setting than some of Sturm's previous historical fictions, allowing Mendleman's dilemma to function as a broader metaphor for the perpetual struggle between independent creativity and impersonal market forces.