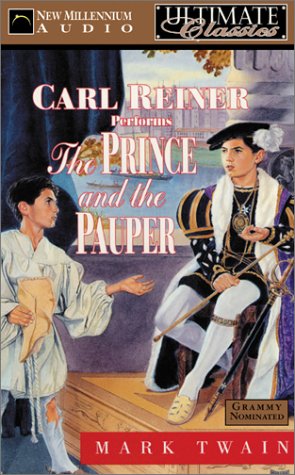 THE PRINCE AND THE PAUPER

With his legendary humor and delightful wit, Reiner gives new life to this classic Twain tale. The multiple Emmy Award winner and recent Television Hall of Fame inductee beautifully shifts between several accents, dialects and moods, letting listeners commiserate with the author's young protagonist, Tom Canty. Raised in a raucous family of beggars and thieves, Tom dreams and reads of princely life to escape his miserable 16th-century London existence. After wandering to Westminster and meeting benevolent Prince Edward Tudor (who bears an uncanny resemblance to the ragamuffin Tom), the pair exchange clothes and unwittingly identities. Reiner's vocal performance of this heartwarming story is sure to keep the entire family entranced. Listeners will be pleased that this volume is only one of several in a Mark Twain series read by Reiner.