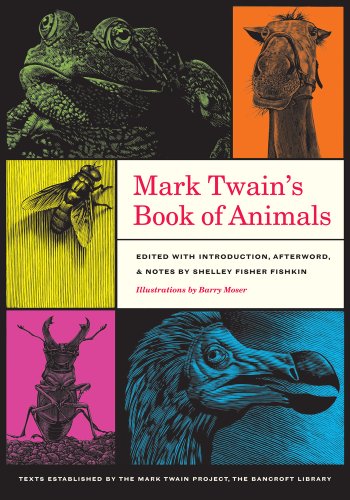 Fishkin reports that Mark Twain's career-long fascination with instinctual yet intelligent creatures inspired Chuck E. Jones's creation of cartoon icons Wile E. Coyote and Bugs Bunny. Fishkin, director of American studies at Stanford and a Mark Twain authority, showcases the humorist's shrewd observations of both exotic and common animals, including his nemesis, the housefly (“I would go out of my way, and put aside my dearest occupation, to kill a fly”). She contrasts intentionally educational yet humorous commentary with a brutally detailed exposé on cockfighting and a denunciation of vivisection. This collection of letters, stories, travelogues and personal recollections—some appearing in print for the first time—effectively juxtaposes witty morality with bitterness manifested in his later work in which he rails against microbes and an uncaring Creator after losing three children to illness. Fishkin presents a lucid opening essay and informative endnotes. Animal lovers and fiction readers alike will want to read this illustration of an unfamiliar facet of an American literary giant. The anthology succinctly represents Twain's admiration for the animal kingdom and relentless optimism in the face of human inadequacies.