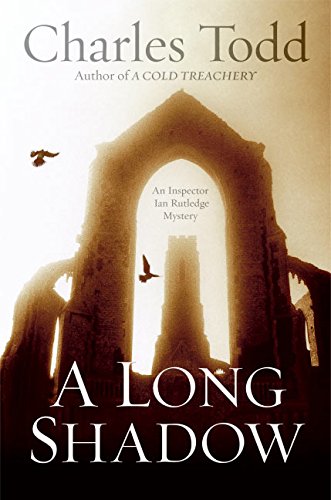 Set in 1919, Todd's excellent eighth psychological whodunit to feature the insightful but haunted Insp. Ian Rutledge picks up shortly after the harrowing events chronicled in (2005). Rutledge travels to the remote and desolate English village of Dudlington after the town constable is shot in the back with an arrow while exploring a forest shunned by the locals. The inspector suspects a connection between the attack and the disappearance of a young girl, but he finds himself in an unfamiliar role when an unknown stalker targets him, leaving ominous clues that indicate that he's vulnerable at all times. Rutledge's fragile psyche comes in for additional battering from an enigmatic woman who claims to be able to contact the dead. Todd's plotting and characterization are, as usual, first-rate, and the tormented motivations behind the novel's dark acts are presented with a sensitivity and refinement reminiscent of the best of P.D. James. The ambiguous ending will leave both longtime fans and new readers anxiously awaiting the sequel.