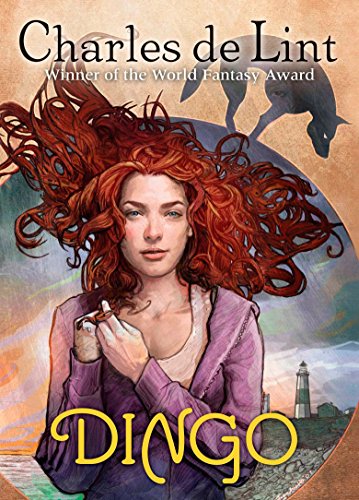 World Fantasy Award winner de Lint ( ), known for sophisticated urban fantasies that incorporate Celtic and Native American myths, branches out to include Australian folklore with this tale of Miguel Schreiber, a teenager who discovers that his new Aussie girlfriend, Lainey, is something other than human. As it turns out, she and her grouchy twin sister, Em, are shape-changers—half human, half dingo. Stranger still, their birth father, Tallyman, also a shape-changer, has been sent to capture them by Warrigal, the first Dingo, who has been trapped in a fig tree in the Australian dreamtime for centuries and needs their blood to free himself. Miguel, the twins and Johnny Ward, the local bully (Em likes him), must find some way to defeat these two powerful enemies if the girls are ever to live free from fear. Featuring simplified versions of its author's signature story elements—likable, if flawed protagonists, well-developed contemporary locales and the introduction of potent mythic characters directly into our world—this novella succeeds in its own right and, like , will help attract readers to de Lint's more powerful work for older teens and adults. Ages 12-up.