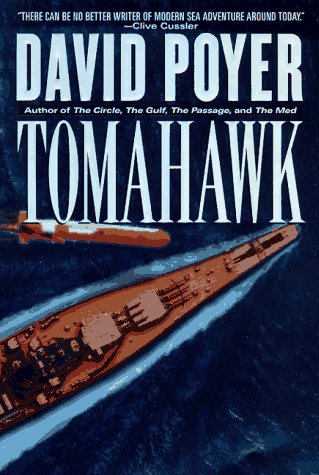 The latest in Poyer's popular series about the modern U.S. Navy (after The Passage, 1995) continues tracing the career of Lieutenant Commander Dan Lenson, a 30-something Annapolis grad who is earnest, hard-working and, considering the life he leads, surprisingly dull. Tapped in the Reagan years to work on the new Tomahawk missile program, unhappily divorced Dan falls in love with a peace activist, struggles in a crisis of faith (Are nukes necessary?), gets very drunk a couple of times and joins AA, loses the girl to murder on Washington's mean jogging paths, almost loses his own life in a Canadian blizzard (retrieving a failed missile), does yeoman duty in the cynical world of Congressional deal-making, nearly dies (again) in an FBI sting against Chinese spies, hands in his resignation from the Navy, changes his mind about it and works his tail off to save the Tomahawk missile program during an action against Libya. Everybody here sounds like everybody else except top brass, who tend to boom. Lenson's depth is apparently indicated by his care for his young daughter, who's in faraway Utah with his ex-wife, but he manages to speak to the girl only once in the book. His agonizing about nuclear weapons is sporadic and forced, while the book's relentless globe trotting and heavy jargon will be meaningful mostly to devoted Navy buffs. (Apr.)
close
Details