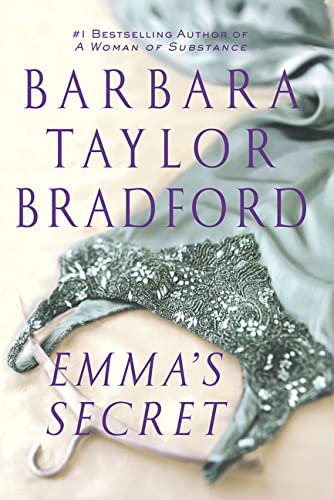 It has been nearly 25 years since Bradford made her name with the female rags-to-riches saga , the first in a trilogy of novels that concluded with 1988's . Gambling that there is still life to be squeezed out of the story of indomitable super-survivor Emma Harte and her descendants, Bradford returns to the chase with this present-day sequel. The novel opens in 2001 at Pennistone Royal, Emma's magnificent country estate in Yorkshire, now occupied by her granddaughter Paula's family. Paula heads the Knightsbridge store, flagship of the nationwide Harte chain, and her grown daughters, Linnet and Tessa, work there. A young American, Evan Hughes, with an uncanny Harte family resemblance, appears one day seeking a job. She's hired at once, since Linnet needs help with an upcoming fashion spectacular, a retrospective featuring Emma's couture wardrobe. Linnet's cousin Gideon, who works for the Harte newspapers, is smitten with Evan, and soon the mystery of her background is of concern, especially when it's discovered that Evan's grandmother had a close relationship with Emma. The overwhelming amount of descriptive detail—clothing, interior decor, food and drink—slows down the narrative, but such Victorian props as a decorative locked box, a key taped behind a photograph and long-lost diaries provide mild suspense. The saga was already losing steam with , and this fourth installment is further diluted. Lacking the dynamic impact of the original, it will be best appreciated by those with an irresistible desire to follow the further adventures of the Harte clan.