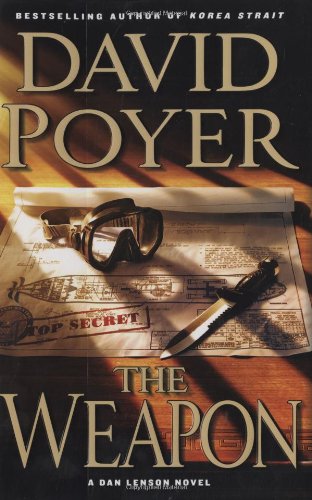 Poyer's fine military thriller, the 11th in his Dan Lenson series (after ), provides what his fans have come to expect—tight structure, plenty of authentic technological detail and a hero who acts like a man rather than a cartoon superhero. When the Russians offer a powerful new rocket torpedo they've developed for sale to the world, the U.S. government sends Cdr. Dan Lenson, U.S.N., to purchase one. After the deal falls apart, Dan attempts to “liberate” one of the new weapons from a container ship headed for China. When that mission goes to hell, he and his team steal an Iranian submarine carrying one of the super torpedoes. From then on, we're submerged deep into territory with Dan and his small crew playing cat and mouse with a deadly Iranian frigate. Those who relish naval action won't be able to come up for air until they turn the last page of this nail-biter.