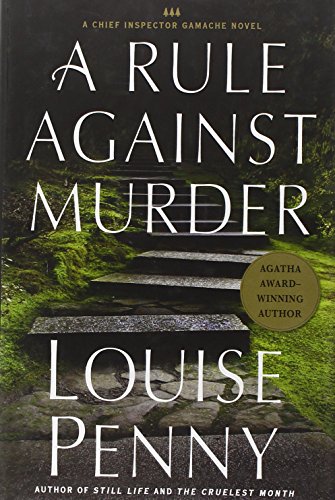 A Rule Against Murder

Murder interrupts Chief Insp. Armand Gamache and his wife’s annual summer holiday at Quebec’s isolated, lake-front Manoir Bellechasse in Agatha-winner Penny’s intriguing, well-crafted fourth mystery (after 2008’s ). Irene Finney, the matriarch of a large eccentric family having a reunion at the Manoir, marks the event by having installed in the lodge’s garden a statue of the long-dead father of her middle-aged children. When the massive statue falls and crushes one of the daughters, Gamache investigates and discovers no love lost among the surviving offspring. Also in the suspect pool are Bellechasse’s owner, chef and maître d’. Despite the scorn the snobbish Finneys heap on Gamache’s sleuthing efforts as well as his own infamous family tree, the inspector treats them all respectfully as he seeks to bring a killer to justice. Seamless, often lyrical prose artfully reveals the characters’ flaws, dreams and blessings.