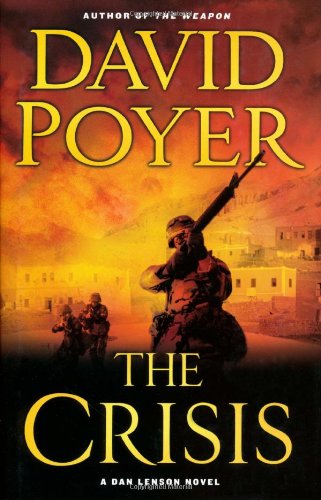 When civil war threatens to turn Ashaara, an impoverished nation on the Horn of Africa, into a failed state and a potential sanctuary for jihadists in Poyer's outstanding 12th thriller to feature Cdr. Dan Lenson (after ), U.S. naval forces stationed near the Red Sea quickly respond with humanitarian relief. The lack of any legitimate local government leads to escalating chaos, and the mission soon changes for Medal of Honor winner Lenson and his cohorts to nation building and then counterinsurgency. Assorted Islamic militants, Westernized liberals and remnants of the former dictatorial regime manipulate each other as well as Western governments in an effort to control a desiccated chunk of land that makes Somalia look like paradise. Poyer, an Annapolis graduate, focuses on how his vividly drawn characters behave amid the shifting alliances, while the action inexorably builds to a conclusion that's both tragic and ironic.