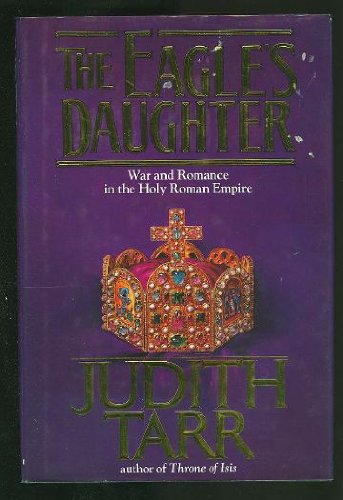 This bland romance set in the 10th century is narrated by Princess Aspasia, young widow and ``scion of the Purple Chamber'' of Byzantium. Aspasia now attends her niece, Empress Theophano, wed at 18 to Holy Roman Emperor Otto II. The story opens with the crowning of Theophano's three-year-old son, Otto III, and plunges into a flashback. Both women had experienced the murderous intrigue of the Byzantine court; in contrast, their current daily round in Saxon Germany seems colorless and flaccid. Political events, fuzzily delineated, culminate in a power play by cousin Henry (``the Quarreler''), Duke of Bavaria, against baby Otto, whom he kidnaps so casually that any potential suspense is lost. The boy's grandmother and mother talk tough, and Henry backs off. Aspasia's own story centers on her love affair with passionate Ismail, a stern, respected Moorish physician from Cordoba whom she meets when Theophano has a fever. When their liaison is discovered, Aspasia is scolded by her confessor and Theophano, who hint that death could be the penalty for sinning with this ``dog of a Moor,'' though the lovers never seem in danger. Cameos of gossipy historian Liudprand of Cremona and Gerbert of Aurillac, a Gaullish monk who became Pope, show that Tarr (Throne of Isis) has done her homework. But when she writes of Theophano's nuptial banquet, ``the feast dragged itself into eternity,'' she could be describing this novel. (Apr.)
close
Details