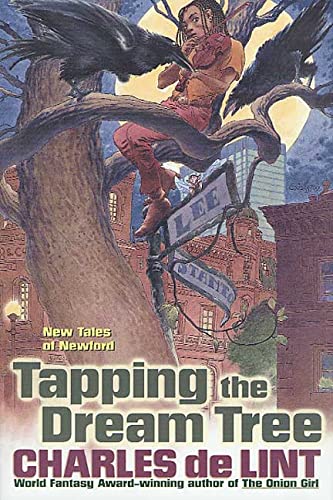 When de Lint's magic is working, his characters shine with folksy charisma (; , but a preponderance of the 18 stories in this collection have the familiar denizens of fictional Newfordwandering passively through their own tales. The better yarns have the protagonists taking an active role in earning their magical rewards, as in "Granny Weather," in which Sophie saves her boyfriend, Jeck, by using lucid dreaming, personal sacrifice and good sense. However, many of the stories unfold with little drama or conflict. "Ten for the Devil" rambles from field to barroom and back, until the devil is finally foiled by kindness; while in "Big City Littles" and "Second Chances," the right mystical word spoken by Meran Kelledy immediately fixes things. Then there's de Lint's bias against ugly men and petty thieves. Without the mitigating love of a good woman, these men are punished ("Freak," "The Witching Hour"), sometimes even after death. Pretty girls, however, can do no wrong. All the female denizens of Newford appear to have artistic gifts. Just a modicum of good manners and a little spunk earns most of these ladies rich rewards ("Masking Indian," "Trading Hearts at the Half Kaffe Café," "Seven Wild Sisters"). While some of de Lint's niftier conceits are well utilized, such as the faerie realm created by lucid dreaming, more is to be expected from this World Fantasy Award–winning author than this collection of hazy, lazy tales.