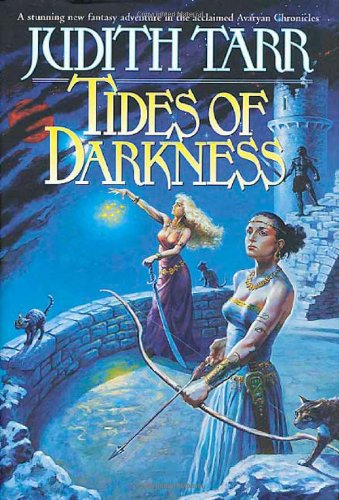 The latest novel in Tarr's popular Avaryan Chronicles (after , 1997) returns readers to a realm of powerful magic, romance and high adventure. As punishment for illegally opening Gates between worlds for his own personal entertainment, Indaros "Daros" Kurelios, feckless heir to the Princedom of Han-Gilen, is exiled by Merian, Lady of the Gates, to the care of her great-grandfather, the Emperor Estarion, creator of the Gate Laws that Daros so blithely ignored. When an evil force that has devastated many other Gate Worlds destroys the Heart of the World (the Gate Mages' home) and sends Estarion to an unknown destination, only Daros can save the day. Success won't be easy, however, and it won't come cheaply. It's a tribute to Tarr's ability that, while the novel ends with enough loose ends to indicate the direction of this continuing series, the book can also stand alone. This is a rousing tale, with all the broad scope, strong characterization and brisk storytelling that has earned Tarr such a loyal following among fantasy readers.